The Presence of Beauty and Truth 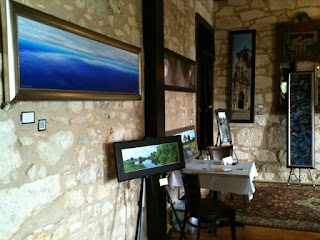 My recent exhibit for the Parade of Artists show in Boerne was a wonderful success. I had the distinct pleasure of conversing with great folks from the Hill Country region, and from as far away as Washington, Michigan, and Cape Cod. It's always stimulating as an artist to not only have the opportunity to talk with art lovers about my work, but also to hear their own responses to it and engage in some deep, thoughtful interaction. Some of my conversations with them were totally unexpected, and surprising in their depth and significance. 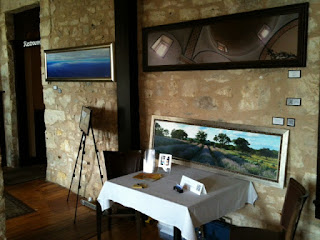 It's also great to see some of my work going home with people who have appreciated some of the same things that I appreciate. When you are able to make this kind of connection with people it is a special event.

One young man came into my exhibit early Saturday morning and sort of woke me up with a "simple" question: "Do you try to convey any message with your art?" The question somewhat startled me, and I began to stumble through something of an answer to his question. Pretty soon, though, the conversation took a decided turn away from the "small" (but deep) universe of aesthetics and the meaning and purpose of art. We eventually found ourselves wandering down an entirely different conversational street of profound relevance to both our lives, but of even greater significance than the relatively ephemeral nature of art. We were both blessed to have received such a gift.

Art has an amazing capacity to speak to and from the deep recesses of people's minds and hearts. And it is not simply an end in itself, but can be a gateway to those things that really last, and really matter. I hope to remember this as I go about my work of attempting to capture the presence of beauty and truth.

Posted by Bill Brockmeier at 8:35 PM